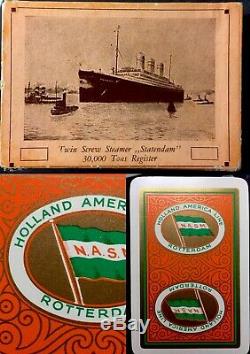 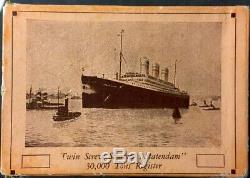 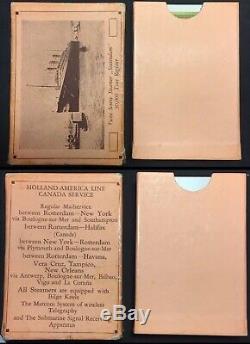 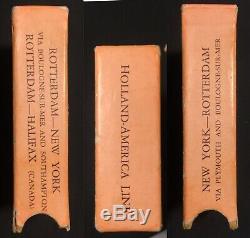 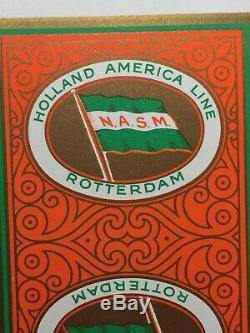 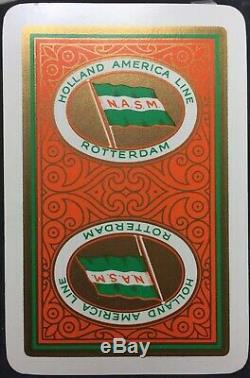 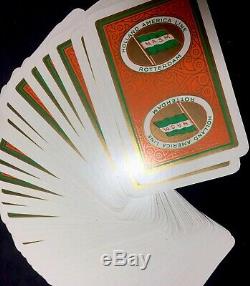 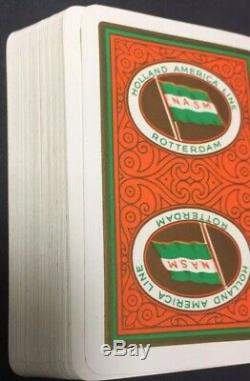 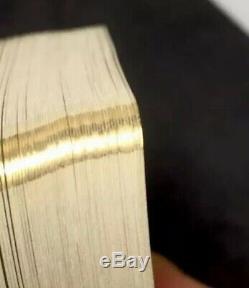 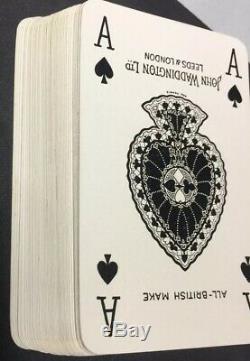 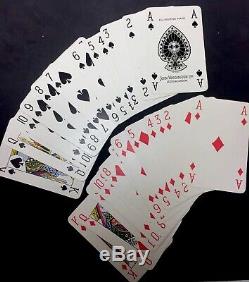 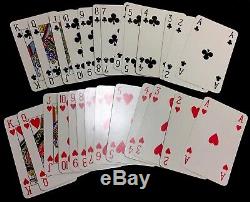 This is a true piece of histor y as each deck does tell a story and also proves that owning such a magnificent deck is truly remarkable! Gorgeous spectacular example is one reason to own such a piece that's rich in history. FACTS: Same Timeline of deck.

BUILT AT BELFAST and fitted out in Holland, the Statendam has a gross tonnage of 28,291. Her length is 674 ft 3 in, her beam 81 ft 4 in and her depth 49 ft 5 in. She is propelled by twin screws operated by geared turbines taking steam from water tube boilers. She carries 1,670 passengers in addition to a crew of 600. Her speed is 19 knots.

Please subscribe in our newslette r to the greatest card store as we are adding daily and offering huge weekly discounts to subscribed Ebayers! Collecting playing cards can be a very rewarding hobby. There is the excitement of the hunt for new decks, whether through collectors' meetings, internet auctions or at shows and flea markets where every new table may unfold the unexpected treasure. Even better, there is the enjoyment of fellow collectors, some of the most interesting people in the world!

When the second Statendam was nearing completion in 1914 at the Belfast yard of Harland and Wolff, Ltd. In the summer of 1918, when in convoy off the Irish coast, she was attacked by a German submarine and was struck by two torpedoes - one in the engine-room, one in the forward boiler-room. She maintained her trim but settled a bit lower in the water. Attendant tugs took her in charge and set course for Lough Swilly.

The attacker had escaped, but on the following day another submarine, UB 124, motored right in between the screening warships and torpedoed the Justicia twice amidships. Even British shipbuilding was not proof against four torpedoes , and the stricken vessel sank by the stern. For hours on end the destroyers hunted UB 124 and at last they succeeded in getting her.

With the grim happenings of war left behind , the Holland-America Line turned its attention to the third and greatest Statendam of all. The Statendam is 674 ft 3-in long, with a beam of 81 ft 4-in and an overhanging top deck that gives an extreme breadth of 84 feet. Her displacement tonnage is 38,900 and her gross tonnage 28,291. Her passenger capacity is 1,670. She has a crew of 600.